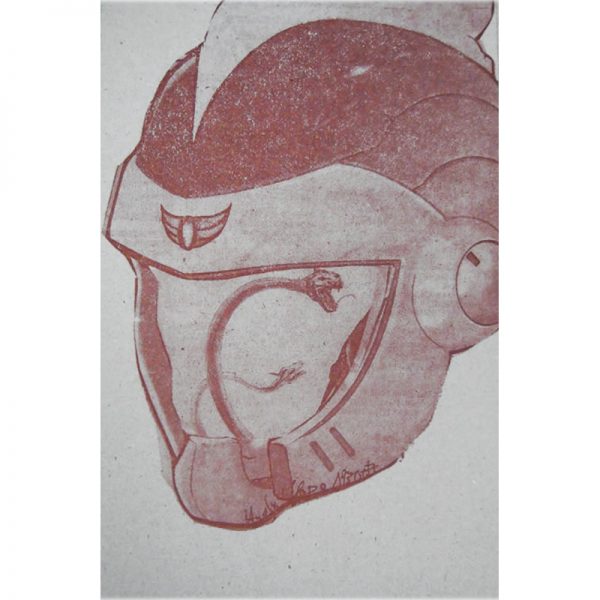 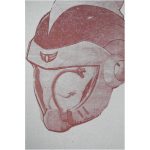 64 pages, 16 x 24 cm, text in German and English. Hot metal type and 9 letterpress and 17 offset printed images, with a letterpress printed slipcase, thread-bound, published in an edition of 350 copies

In the Evening I Was To Bear the Night

Andy Hope 1930
indisputably one of the first artists of the 21st century in light of the early history of the universe, leaves in his wake a series of exhibitions that have blazed an unpredictable trail of construction throughout Europe and the U.S.; he himself sails to the various sites of his publishing and research activities in a replica of the Titanic.

Schorsch Kamerun
certified as one of the 14 best people, once, during a difficult phase, referred to himself as “Gerti, the burgundy-colored dessert plate from 1920s Berlin.” This eventually became known within the literary scene, however, so that Kamerun was moved to obliterate all references to this ambiguity. Today, he sees things a bit differently… He therefore considers the text for the joint project with Andy Hope a first offensive reference to his upcoming caustic interventionist schemes.

About the book:
The Hamburg-based writer, director, club owner and lead singer of the band Die Goldenen Zitronen has written a fast-forward cut-up monologue for this book; Berlin-based artist Andy Hope 1930 has provided drawings and collages. Kamerun drifts in the glare of a BlackBerry, sold to him in order that he might calculate his own image of man. Between soldiers, junkies, lay actors and masquerades, he calculates an equilibrium of applause and fine dining. Hope mobilizes the eternal primeval jungle and the artifice of time, the skulls and burning shadows that skulk through the preconscious alongside our perception. Ed Wood, the Manson-beast, the “spirit of tradition,” the tortoise Lonesome George, along with some entirely unsung superheroes of text and image inhabit this artist’s book.

You've just added this product to the cart:
We use cookies on our website to give you the most relevant experience by remembering your preferences and repeat visits. By clicking “Accept”, you consent to the use of ALL the cookies.
Cookie settingsACCEPT
Manage consent

This website uses cookies to improve your experience while you navigate through the website. Out of these, the cookies that are categorized as necessary are stored on your browser as they are essential for the working of basic functionalities of the website. We also use third-party cookies that help us analyze and understand how you use this website. These cookies will be stored in your browser only with your consent. You also have the option to opt-out of these cookies. But opting out of some of these cookies may affect your browsing experience.
Necessary Always Enabled
Necessary cookies are absolutely essential for the website to function properly. These cookies ensure basic functionalities and security features of the website, anonymously.
Functional
Functional cookies help to perform certain functionalities like sharing the content of the website on social media platforms, collect feedbacks, and other third-party features.
Performance
Performance cookies are used to understand and analyze the key performance indexes of the website which helps in delivering a better user experience for the visitors.
Analytics
Analytical cookies are used to understand how visitors interact with the website. These cookies help provide information on metrics the number of visitors, bounce rate, traffic source, etc.
Advertisement
Advertisement cookies are used to provide visitors with relevant ads and marketing campaigns. These cookies track visitors across websites and collect information to provide customized ads.
Others
Other uncategorized cookies are those that are being analyzed and have not been classified into a category as yet.
SAVE & ACCEPT
Powered by